The Most Perfect Mothers Day

Tuesday I went to traffic court for a speeding ticket. I had been pulled over doing 79 in a 55 in March, and I’d received a nice little letter telling me my license would be suspended on my court date (24 MPH over puts 4 points on your license in GA, and if you are under 21 and receive 4 points from a single infraction you loose your license for 6 months). I’d pretty much resigned myself to believing I would not be driving again until November, so imagine my surprise when the DA dropped my charges down to 68 in a 55; No suspension, no classes, it won’t even go on my record. As the DA said, the only way anyone will find out about this is if they are in the FBI (or if I blog about it lol). I paid my money and walked out of there a free woman! As soon as I had cell phone service again (we were in the middle of NOWHERE GA) I texted M to let her know the good news (not having a license would have made it extremely difficult to see her and Robbie). She called me and asked me if I could come up Friday to help her take pictures of the boys for a fathers day present she is putting together for S. She promised to make me breakfast as payment and I eagerly agreed. I mean come on, free breakfast and a day with awesome people? Who could refuse?!
I told JGG about my plans, and he graciously offered to let me use his Cannon Rebel as my digital camera’s shutter speed is no longer fast enough to keep up with Robbie (I’m happy to report I had absolutely zero blurry pictures from Friday! Thanks JGG!). I showed up Friday morning with an empty belly and armed with the Rebel, fully prepared to snap a ton of pictures of a super cute little boy. After I’d been there almost a half hour, I heard the door bell ring. I didn’t think much of it because M had mentioned her sister might come over and pick something up, so I went to answer the door fully expecting Meghan, and instead I saw H and William!!! I FREAKED OUT!  I started cracking up laughing and exclaiming, “Oh my gosh, oh my gosh! You guys had this planned all along!” M almost gave away the plans on accident when she texted me earlier in the week and sent a picture message of toys strewn across the floor with a text message saying “I JUST cleaned up and it already looks like this! You can tell H it really WAS clean at one point!” To which I replied that H wouldn’t mind what it looked like, and I asked if H was coming to her house anytime soon. She quickly backtracked and said that H was not coming over, but she knew she would eventually. Apparently eventually meant Friday!
They worked together to make me breakfast (French toast, scrambled eggs, bacon, etc) while I played with the boys. Back around Christmas, M had traced my hand print and told me she was going to use it for something later on. After we ate breakfast they presented me with a large frame and inside were my traced handprint and two smaller handprints inside of it. 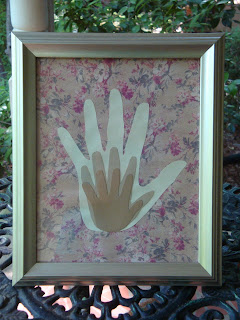 “Those are William’s and Robbie’s hand prints. Happy birth mothers and mothers day!” the told me. It was then I finally realized they did all of this just for me for mothers day, and my heart melted. I love my baby mamas with my whole heart. I am so incredibly blessed to have them in my life and to have the kind of relationship with them that I do. I couldn’t ask for anything more J
So to my baby mamas, THANK YOU for giving me the most perfect day EVER! I love you!
Posted by Not Just A Birth Mom at 4:29 PM

What a wonderful surprise! I love the artwork. It's a keeper!!

I love the gift! It's beautiful! Something you can treasure forever.

Sooo beautiful! This brought tears to my eyes. Wow!

wow. what an amazing gift you three ladies have given these gorgeous boys.

Awesome Ashleigh! Oh, guess what, I talked to J's Amom on Mother's Day, and we wished each other a happy one. Then J got on the phone and said "Happy Mother's Day" to me for the first time in 8 years, so special. Hope to see you next month.

omg totally crying! love u xoxox glad you had a perfect day. You know I love H and I love M too now :) And I love, love, love that gift. Totally doing that for Sam and James' birth mommas :)

Happy Adoption Awareness Month! As a fellow adoption advocate we thought you would enjoy taking part in Open Portrait, a blog that is painting a portrait of open adoption through photos, videos, and quotes. We would love you to participate and help spread the word! http://www.openportrait.tumblr.com

Have a question? Need to talk?

Not Just A Birth Mom
Hi, I’m Ashleigh! I am a First Mom to the two most beautiful boys in the world (placed in May ’09 and December ’10). I am pro-adoptee rights, first parent rights, and adoption reform. I am also pro-adoption IF adoption is necessary and IF the adoption is open. Feel free to follow along as I navigate the ups and downs of life after placement.

I got an award! 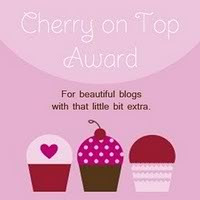 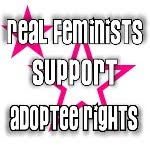 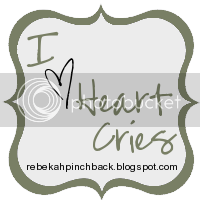 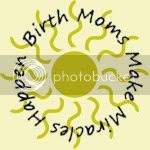